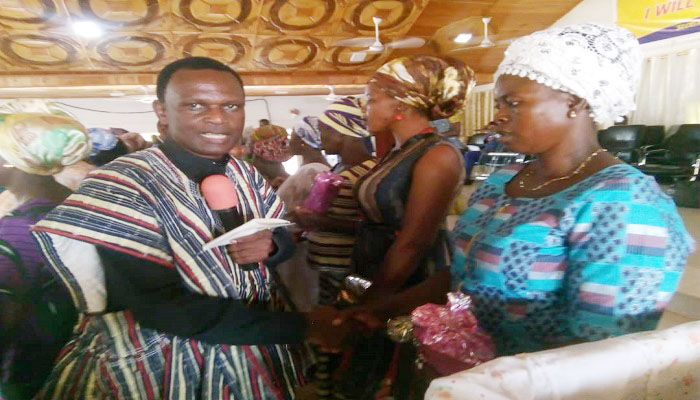 The Bolga Area of The Church of Pentecost, led by Apostle Wilberforce Nkrumah Agyeman, has honoured 25 Women Presiding Leaders for their dedicated services to the Kingdom business.

The women were honoured during an emergency Area Presbytery Meeting held on Saturday, May 25, 2019 at the Navrongo Central Assembly. The meeting was used to communicate decisions taken at the just ended 16th Extraordinary Council Meeting of the Church to presbyters in the Area.

Each of the women was presented with a half-piece cloth in appreciation of their efforts. Amongst the recipients was 63-year-old Mary Azumah who has been presiding for 11 years. Also receiving an award was Mrs. Nana Ama Boafo Ayim, a Pastor’s wife, who has been leading an assembly in the Bukere District.

In a sermonette on the theme, “Renewing Your Eagerness” from 2 Corinthians 8:10-12, Apostle Nkrumah Agyeman charged the officers to do much better than they did in the previous year.

He said although the Bolga Area performed creditably well during the previous year, there is room for improvement. He commended Ministers and Officers of the Area for their hard work and dedication.

The presbyters were schooled on the new local and district monthly reporting formats, changes in ministerial welfare practices, officers and politics, the risk of banking with non-banking institutions, among many other issues of concern.

As part of the meeting, five Overseers in the Area were ordained into the pastorate whilst four ministers were prayed for after being upgraded into full Overseership.