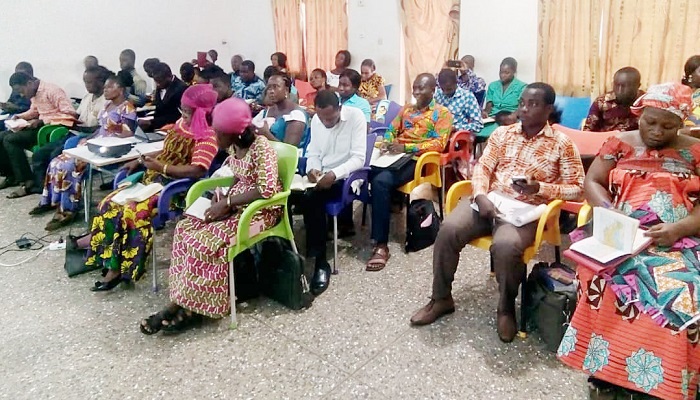 The Bolga Area of The Church of Pentecost has organised a cultural training for all ministers and their wives in the Area to educate them on cultural issues prevalent in the Upper East Region.

The training programme was held during the annual Area Ministers and Wives’ Retreat which took place from September 18 to 20, 2019.

Speaking at the event, the Founder and Chief Executive Officer of the Widows and Orphans Movement (WOM), Deaconess Betty Ayegeba, expounded on some prevalent cultural issues such as language dynamics, dressing and their meanings, food, music and dance, naming and puberty rites as well as celebration of festivals, funerals, enskinment, marriages and widowhood rites in the region.

She added that, since the cultural practices of the people in the Upper East Region are “peculiar,” ministers have to be wary when dealing with them.

She also advised the ministers and their wives to embrace Muslim converts and treat them with love and gentility due to the cost of their conversion and the stigma they face from both their family and society. “We must be gentle and kind to Muslim converts and widows because of their predicament,” she stressed.

Deaconess Betty Ayegeba posited that the cultural training programme will go a long way to foster harmony and peaceful co-existence between the ministers and the people in Bolgatanga.