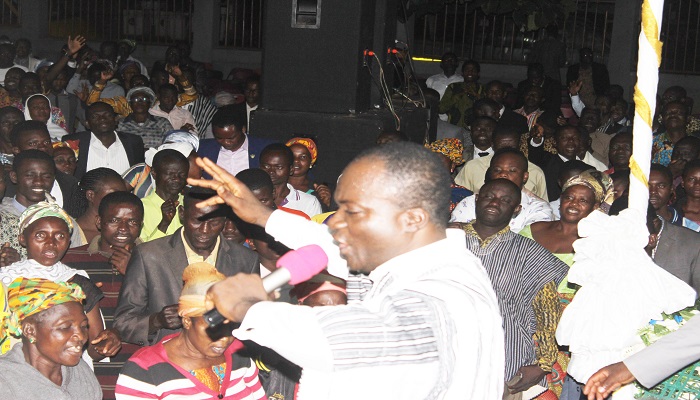 The Berekum Area of The Church of Pentecost has organised a mega Area All-Night Service to climax a 3-day Area Prayer Festival.

Speaking at the service which took place on October 16, 2019, at the Berekum Omanhene Park, the Area Head, Apostle Samuel Berko, said that God has given believers the Holy Spirit to help them to work in diverse ways to His glory.

Reading from Acts 1:8; Ephesians 1:17-22 as his key scriptures for his sermon which was on the theme, “You Shall Receive Power,” Apostle Berko revealed that the Holy Spirit in the believer is the ‘Incomparable Great Power’ (IGP) of God who helps them to do what they could not have done on their own.

He added that the Holy Spirit causes the believer to speak and act according to the will of God.

Reading further from Romans 8:11, the Area Head said that the power of the Holy Spirit raised Jesus Christ from the dead and after the resurrection all things were put under Jesus’ feet. In like manner, the Holy Spirit in the believer, he said, quickens and empowers them to have dominion over all things.

An intensive prayer session held after the sermon saw mighty miracles wrought by the hand of God. Two people were instantly cured of scoliosis and many others were healed of various diseases.

The all-night was attended by over 3,000 people from the 31 districts in the Area.