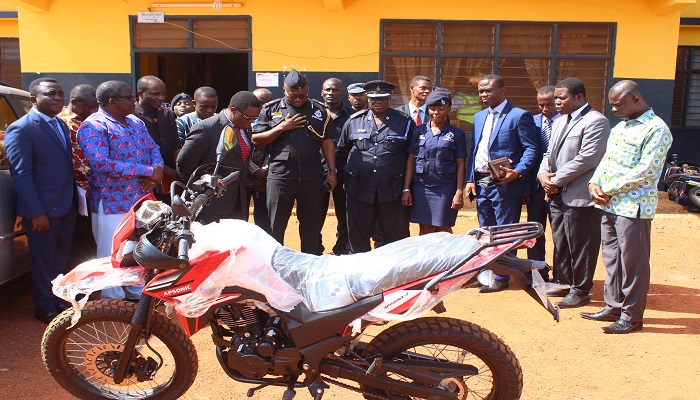 The Berekum Area of The Church of Pentecost has presented an Apsonic Jungle Motor bike worth GH¢6,000.00 to the Berekum Divisional Police Command of the Ghana Police Service.

Presenting the motorbike, the Area Head, Apostle Anthony Kingsley Miah, said the Church’s vision to possess the nations entails assisting relevant institutions in the country to deliver on their mandate to the citizenry, hence the donation to the police.

“We have a social responsibility to identify with the needs of agents of change in the communities. So to help combat crime and make the municipality a safe place to live, we are presenting this motorbike to help transform the society,” he explained.

ACP Ampofo was full of appreciation to the Church for the continuous support to the Police Service. He cited the painting of the Divisional Headquarters in 2017 among other interventions from the Church.

He gave the assurance that the motor bike would be used for the intended purpose of peacekeeping. He also called on other churches to learn from The Church of Pentecost and support the Police Service in the municipality.

ACP Ampofo further called on the general public to collaborate with the police in providing the needed security for the residents in the area.