Be Strong In The Lord – Chairman Urges Christians

Home - News - Be Strong In The Lord – Chairman Urges Christians 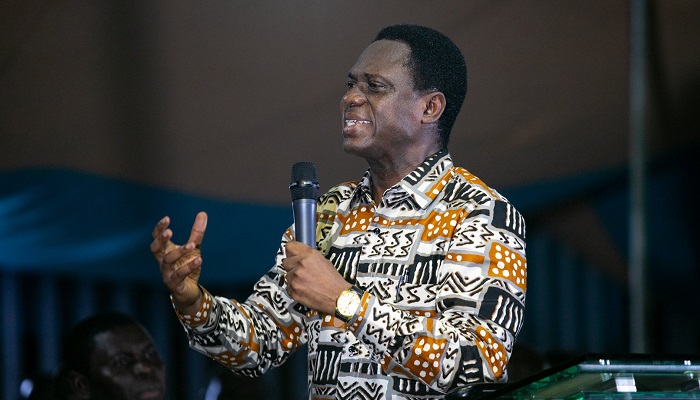 Be Strong In The Lord – Chairman Urges Christians

The Chairman of The Church of Pentecost, Apostle Eric Kwabena Nyamekye, has encouraged Christians to be strong in the Lord and in the power of his might.

Apostle Nyamekye said this at the just ended Prayer Conference organised by the Asokwa Area at the Hero’s Park in Kumasi on Friday, November 1, 2019.

The conference dubbed “Prosagoge 2019,” was on the theme, “Possessing the Nations Through Prayer.”

Speaking on the topic, “Be strong in the Lord,” Apostle Nyamekye emphasized that it is important for every Christian to be strong in the Lord as they seek to possess the nations for Jesus Christ. He took his foundational Scripture readings from Ephesians 6:10 and Proverbs 24:10.

The Chairman explained that, for Christians to be strong in the Lord, it is very necessary for them to be filled with the Holy Spirit who is the genuine source of power. Quoting from Acts 1:8, he stated that, once a believer receives the Holy Spirit, he or she becomes empowered to do mighty works.

Speaking briefly on the gifts of the Holy Spirit, the Chairman explained that when the Holy Spirit comes on the believer, all the gifts of the Spirit are also deposited in him. This, he said, means that a believer who prophesies can also work miracles and give a word of knowledge. This, he said, can only be possible if the believer grows deeper in the Lord.

He continued by saying that, speaking in tongues is not enough since that is just the initial evidence of the Holy Spirit baptism. “Jesus said, you shall receive power after the Holy Spirit has come upon you,” he stated. Here, the Chairman stressed that Christians must put in every effort to get hold of this power that Jesus promised and not just stop at tongues-speaking. “When we get hold of this power, every other thing will fall in line” he added.

Bringing the sermon to a close, Apostle Eric Nyamekye challenged Christians, especially members of The Church of Pentecost to seek the manifest presence of God as experienced by Moses in the wilderness. This, he said, will make a clear difference between real Christians and the charlatans.

He encouraged Christians all over the world to endure whatever hardship that may come their way and never give up on God. Quoting from Hebrews 11:27, he explained that Moses did not fear the wrath of the king because he saw the invisible God in the wilderness. “Like Moses, we can also remain strong in the Lord and in the power of His might if we have a personal encounter with God,” he added.

In attendance were the Area Head, Prophet James Osei Amaniapong, the Guest Speakers, Ministers and officers in the Area, together with more than five thousand attendees.