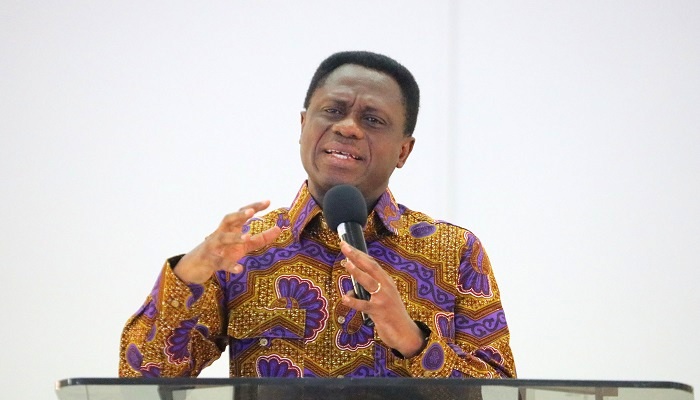 The Chairman of The Church of Pentecost, Apostle Eric Nyamekye has called on Christians to make conscious efforts to be completely humble in their walk with God.

The Chairman said this on Tuesday, August 6, 2019, during the morning devotion of Staff of the Head Office.

Drawing lessons from Ephesians 4:2, Apostle Eric Nyamekye indicated that there are levels of humility. He explained that complete humility is not simply being obedient.

“A person can separate themselves from their actions, implying that one can confidently perform an act out of obedience, however, that action may not be done wholeheartedly,” he revealed.

Touching on the responsibility of humility, the Chairman stated that Christians have a sole duty to be completely obedient to the Lord. He stressed that Christianity is not just declaring with the mouth but also totally obeying with the ‘heart’ every decree of the Lord.

“When we become Christians, we drop the yoke of sin and death, however, we take up another yoke and this is the yoke of total obedience and submission (complete humility) to our Lord and Master Jesus Christ,” he reiterated. (Mathew 11:28-29)

Apostle Eric Nyamekye added that a humble person must portray humility in their relations with others. He posited that every human being has a natural inclination to succumb to pride.

“We all have a bit of pride in us, however, if we want to be humble, we must deem others better than ourselves, regardless of their age or status,” he explained.

He, therefore, advised that people in places of authority should endeavour to honour those who are beneath them, as a sign of humility.

He further expounded that anyone who succumbs to pride becomes an enemy of the Lord because the Lord opposes the proud but gives grace to the humble. Apostle Nyamekye cautioned that holding onto pride only brings misfortune and failure because the Lord who gives success is against such a person.

Reading from James 4:10, the Chairman urged all Christians to be humble in order to receive and be partakers of the immeasurable grace of God. He also admonished them to make a conscious effort not to fall prey to pride because no one whom the Lord opposes succeeds.

He also advised Christians to make a conscious effort to avoid lip service and wholeheartedly live a life of humility.