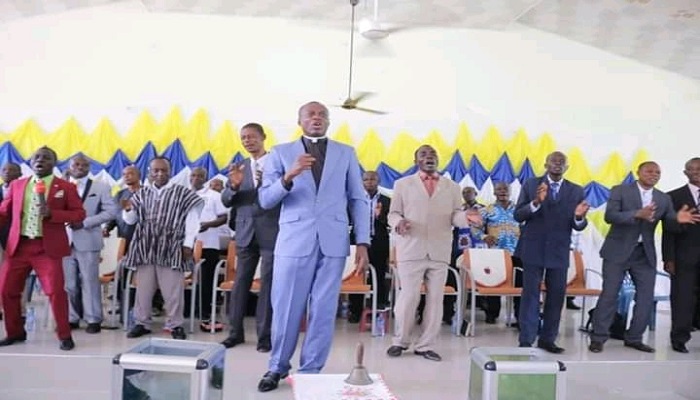 The Assin Manso District in the Assin Foso Area of The Church of Pentecost has held a six-day ‘Rehoboth Conference’ under the theme, “We Have Found Water” (Genesis 26:32-33).

The event took place from Tuesday, 23rd to Sunday, 28th October 2018, with Pastor James Nana Ofori (Mankessim Area Head) who is a former District Minister of Assin Manso, as the guest speaker.

Speaking on the theme, “When the wells dry, we will hear the voice of God,” based on 1 Kings 17:1-9, Pastor Nana Ofori said if believers will heed to the voice of the Lord in all situations, they will continue to find water even in a period of drought just as He directed Elijah to hide himself by the Kerith Brook.

“There,” he said, “the Lord fed him and kept him till he moved on from there.” “Even in times of trouble and hardship we know that all things work together for the good of them who love God,” he said.

The District Minister, Pastor Emmanuel Abugre, also encouraged the members to work hard so that they will be able to locate where their water of divine satisfaction and refreshment is.

Pastor Abugre cautioned the youth to learn from the old folks since the older generation could be God’s source of water that the next generation may need on the journey of life to be able to stand against any bad weather.

As part of the event, members of the church went on a town float through the principal streets of Assin Manso. Rehoboth Mass Choir was also inaugurated.

To the glory of God, 15 members received Holy Ghost baptism, while many others also received the gifts of the Holy Spirit.