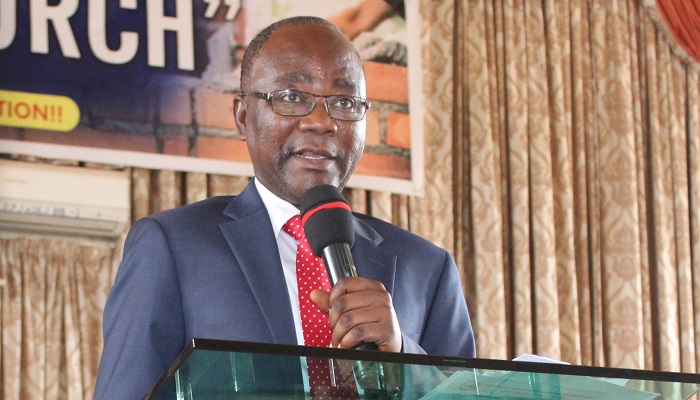 The Ashanti Regional Coordinating Committee (RCC) of The Church of Pentecost has organized a prayer meeting for all ministers and their wives in the region.

The meeting which took place on Thursday, 11th April, 2019 at the McKeown Temple in Asokwa, Kumasi was attended by 407 ministers and wives from the 11 administrative Areas of the Church in the region. The Areas are Asokwa, Bompata, Obuasi, Suame, Kwadaso, Abuakwa, Konongo, Mampong, Ejisu, Ashanti Bekwai and New Tafo.

The Regional Coordinator, Prophet James Osei Amaniampong, stated that, the event was organized in line with the Church’s policy which directs that such meetings should be held at least twice in a year. The next meeting, he said, will be held in September to orient new ministers who will be transferred into the Ashanti Region.

Prophet Amaniampong stated that such meetings aside the spiritual benefits, are also necessary for fellowship among ministers and wives in the region. He also reiterated the essence of public reading of the Scriptures espoused in Vision 2023. In light of this, the books of Titus and Philemon were read and discussed at the meeting.

Aside the prophetic messages and songs received, Apostle Samuel Antwi, New Tafo Area Head, shared a message titled, “Pastor – Consider Your Life, Message and Hearers as We Possess the Nations.”

Explaining the ministry of the pastor, Apostle Antwi read from Ephesians 4:11-16; 1:15-23 and stated that, the purpose of God’s calling is to enlighten the heart and mind of humanity in order to save unbelievers and train believers to maturity.

Touching on the life of the pastor, Apostle Samuel Antwi read from Acts 20:28 and Romans 2:16-24 to establish that, the salvation and spiritual growth of the pastor is important. “As ministers, we are not signboards to just show others the way while we do the contrary, neither are we sand paper to polish others without being perfected; our salvation and spiritual growth must be important to us,” he said.

The New Tafo Area Head challenged ministers and their wives to prepare and preach spirit-filled messages to bring about the repentance of the unsaved and growth of the saved. Reading from 1 Timothy 4:1-5 and 2 Timothy 4:1-5, Apostle Antwi explained that, messages preached by demons and their cohorts only promote lust and pride. He added that, such messages also put fear in the hearers. He challenged pastor to preach sound doctrine.

Apostle Martin Seth Appiah led the ministers and wives in an intensive prayer. Intercessory prayers were said for the successful implementation of Vision 2023, the Executive Council, Nana Osei Tutu II (King of the Ashanti Kingdom), ministers and wives with fertility issues, among others.

Prophet James Osei Amaniampong took time to address some issues of concern. He demystified the misconceptions surrounding ministerial transfers, and also addressed the relationship challenges between retired and active ministers. Other issues of concern that came up were church officers who after attending unapproved Bible Schools come to church with clericals; Pastoralia; Environmental Care Campaign; Construction of bus stops with the approved design; Beefing security at Local Assemblies with the use of CCTV for those who can afford; and spirituality of ministers and their wives.