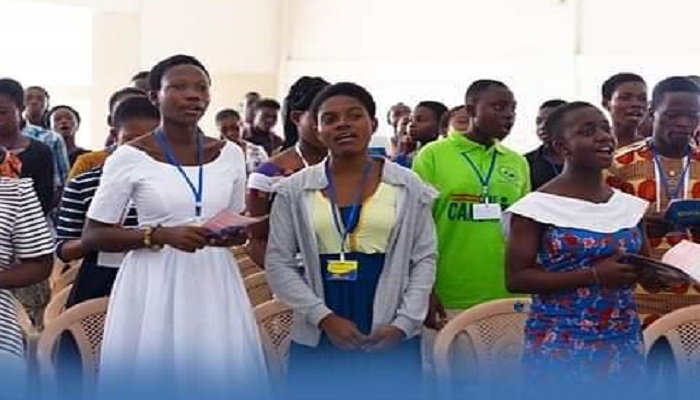 The Ashaiman Area Youth Ministry of The Church of Pentecost has ended a four-day camp meeting dubbed “Gathering of Lions” (GOL) which was under the theme, “Through the Church” – Ephesians 3:10.

In his welcome address, the Area Youth Leader, Pastor David Amankwaa said Christians are lions by virtue of being born of Jesus Christ, who is the lion of the tribe of Judah (Revelation 5:5). He also said the Lord will demonstrate His Divine wisdom through the church in order to fulfil His agenda for the world.

Speaking on the theme “The church as the army of God” (Matthew 16:13-19), the guest speaker, Apostle (Major) Woode stated that there are two major positions in warfare – defensive position and offensive position.

A special all-night service was held on Friday, August 2, with powerful ministrations by the Area Youth leader and the Area Youth Mass Choir among others. It was a night filled with the manifestations of the power of the Holy Spirit through powerful prayers. The service was telecasted on PENT TV.

Pastor Ebenezer Hagan, the Youth Director, preaching on the theme “Grounding the youth in the faith of Jesus Christ,” said the aim of the Youth Ministry is to equip the youth with teachings about Jesus Christ and unleash them to possess the nations by preaching the word through the power of the Holy Spirit. “The plan of Jesus for each youth is to develop holistically,” he said.

The Gathering of Lions camp meeting 2019 was brought to a close after an Apostolization and impartation service led by the Area Head, Apostle Patrick K. Ennin, on the theme “The Anointing and its effects.” He stated: “Without the anointing, the Christian youth is powerless to combat the schemes of the devil.”

The over 1000 young people who attended the camp meeting were impacted through the prayers, word ministrations, Bible studies, tract and Holy Spirit impartation sessions.