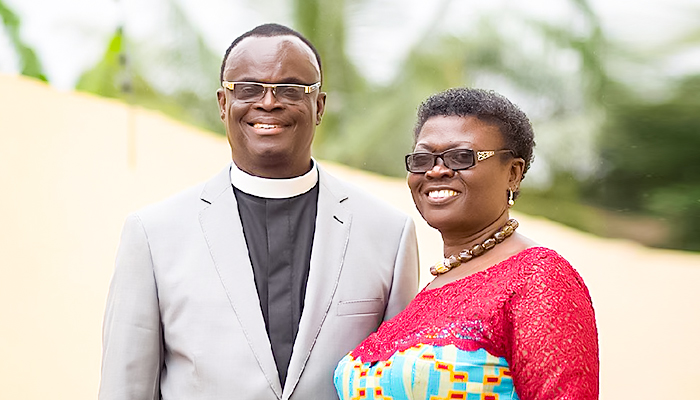 The Winneba Area Head of The Church of Pentecost and former Rector of the Pentecost University College (PUC), Apostle Prof. Peter Ohene-Kyei, has been retired from the active ministerial service.

The retirement service, which took place on Sunday, August 18, 2019, at the Ansaful Central Assembly, was officiated by the Chairman of The Church of Pentecost, Apostle Eric Nyamekye. It also had in attendance four members of the Executive Council of the Church, namely Prophet David Kankam Beditor (Swedru Area Head), Apostle Daniel Okyere Walker (Rector of PUC), Apostle Joseph Kwame Assabil (Takoradi Area Head) and Apostle Samuel Yaw Antwi (Cape Coast Area Head) and other Area Heads and their wives.

The colourful event was also hugely patronized by chiefs within the Winneba Traditional Area, families, friends and loved ones from PIWC-Bompata, PIWC-Kokomlemle, PUC, Ghana College of Nurses and Midwifery, the Pastorate and members from far and near.

Speaking on the topic, “The Church and the Minister,” the Chairman indicated that anytime a great minister retires, it is a great loss to the Church. “When Joab killed Abner, David expressed great sadness because a great official had fallen. In the same way, when a great minister retires from active service it is a moment of great sadness and loss to the Church,” he bemoaned.

Drawing lessons from Deuteronomy 7:1-6, Apostle Nyamekye noted that it has always been the greatest desire of the Lord that His people do not conform to the standards of the world. The Chairman expounded that God did not want the people of Israel to blend with the people who were dwelling in the Promised Land but to drive them out and set themselves apart only to Him, the Lord God Almighty.

“The Church has now replaced the society of Israel, which was God’s chosen people, and as such, He wishes that we as the Church do not conform to the ideals and principles of the modern world,” he stressed.

The Chairman added that it is in view of this that the Lord sends ministers and church leaders to direct His people to live according to His statutes and principles.

Reading from Jeremiah 3:14-15 and 1 Peter 2:9, the Chairman revealed that God has in diverse times and ways sent ministers as shepherds to direct His flock to walk in the knowledge of the truth and in the light of His promises and principles to His people.

He reiterated that, “because God does not want His people to conform to the standards of the world, He sends apostles, prophets, evangelists, pastors and teachers to build them up so they all attain to the level of maturity and the whole measure of the fullness of His beloved Son Christ Jesus.” Ephesians 4:11-13.

“Every believer has all he or she needs to live a life of success and to do exploits. However, there is a need to have a shepherd and a minister to equip them and perfect the gifts of God that are already resident in their spirits,” he added.

He, therefore, admonished the Church to pray to the Lord so He sends others to replace these shepherds and ministers who are retiring from active service.

There were testimonies by the Area Presbytery and the Women’s Ministry in honour of Apostle Prof Peter Ohene-Kyei and his wife, Dr Abigail Kyei.

Apostle Prof. Peter Ohene-Kyei, an astute academic, was called into the full-time ministry of the Church as a Pastor on August 3, 2008, and was inducted into office as the Rector of the Pentecost University College (PUC) where he served for eight years, from 2008 to 2016. He was appointed an Area Head in 2016 and transferred to Winneba Area, where he served till his retirement.