Apostle Osei Amaniampong Urges Media To Be Circumspect In Their Reportage 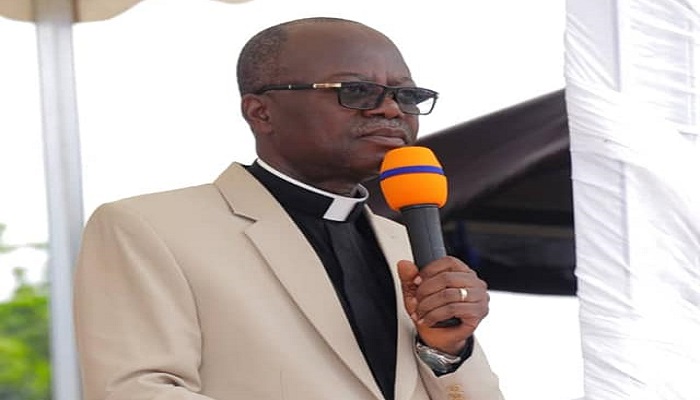 Apostle Osei Amaniampong Urges Media To Be Circumspect In Their Reportage

The La Area Head of The Church of Pentecost, Apostle John Osei Amaniampong, has called on the Ghanaian media, politicians and traditional authorities to be mindful of their pronouncements and be diligent in their work to safeguard the peace and stability of the nation.

Speaking in an interview with PENTECOST NEWS during the Easter convention which took place from 18th to 21st April, 2019, under the theme, “Jesus, The Anointed One Was Raised From The Death.”

He entreated Ghanaians to desist from falsehood lives and live by the truth so that the nation can move forward.

Apostle Osei Amaniampong particularly urged the media to be circumspect in their reportage, by always reporting nothing but the truth.

He expressed concern about the manner in which news in local dialects is presented on the airwaves, where the commentary alone is more than the real fact and truth, saying, “Such situations usually breed confusion and chaos in communities and nations. Meanwhile, all these persons are all Christians.”

He indicated that, even though Christians outnumber non-Christians in Ghana, most of them [the former] are disappointment to God and humanity due to their actions and inactions. If Christians cannot reflect the true character of Christ and allow the Holy Spirit to take control of them to enable them exhibit the character of Christ, then there is no value in Christianity,” he bemoaned.

The La Area Head also cautioned the youth not to allow themselves be used as ‘weapons of destruction’ by politicians whose only aim is to assume power, because if they [the youth] die in the process of riots during elections or any other event, those political parties will never close their offices or seize operations, they will still exist,” he pointed out.

Apostle Amaniampong noted that the celebration of Easter is very relevant for believers in the sense that it is a period they remember their Saviour who died and resurrected on the third day to save mankind.

He hinted that the theme for the year’s celebration was very timely and relevant because the anointing that Jesus Christ received made Him unique, and set Him apart for every good work. This, he said, should be the story of believers- to reflect the character of the Master they follow.

He entreated Christians to be ambassadors of Christ, who is the very essence for the celebrations.