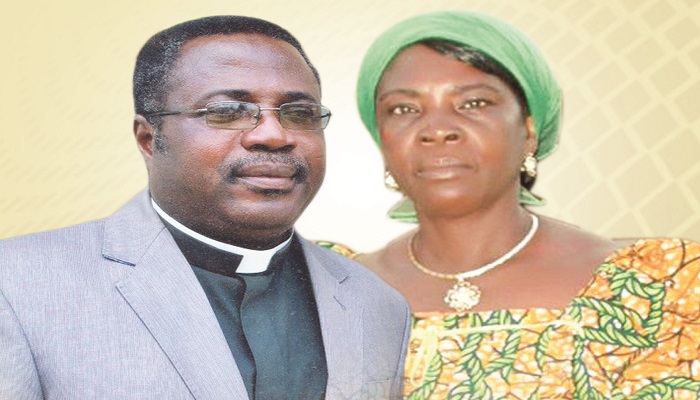 The Kwadaso Area Head of The Church of Pentecost, Apostle Kingsford Kyei-Mensah and his wife, Mary will on Sunday, August 18, 2019, bring their 34-year ministry in the Lord’s vineyard to a glorious end.

Apostle Kyei-Mensah was born on 7th March 1954 to Mr Kofi Nsiah (an ex-serviceman) and Madam Adwoa Kwartemaa, both of blessed memory, at Dominase-Bekwai in the Ashanti Region.

He attended elementary school at Dominase-Bekwai from 1963-1973. Later, he trained as a professional Photographer and Darkroom Technician and worked with Sissons Photo House in Tamale, Fairway Foto Service in Bantama and later established his own studio, Fotopost Express in Bantama prior to his call into the full-time ministry in 1985.

He holds an International Diploma in Office Management/Administration and English from Cambridge International College and a Bachelor of Theology degree from the Canada Christian College.

Born into the Methodist Church, Kingsford also fellowshipped with the University of Science and Technology Christian Fellowship in 1974. He later joined The Church of Pentecost at New Tafo Assembly in Kumasi and was baptized in 1975 by Pastor E. K. Kyei of blessed memory. Young Kingsford took his Christian life seriously at all times. He was affable, courteous and very committed to evangelism.

Glory be to the name of our God for bringing them this far.