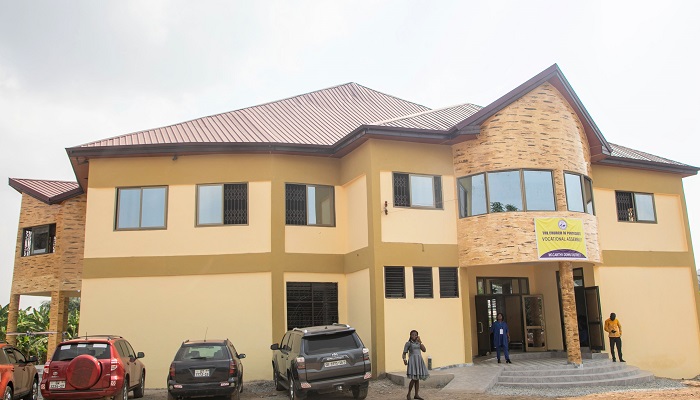 The Odorkor Area Head of The Church of Pentecost, Apostle Patrick Aseyoro, has dedicated the Vocational Assembly church building in the McCarthy Down District of the Odorkor Area.

The building, situated on the premises of Pentecost Vocational Training Institute (PVTI) at Gbawe, took 10 years to complete after it was initiated under the tenure of Pastor Osei Wusu (now Apostle Osei Wusu retired) in 2006 by the then Dansoman Area Head, Prophet James Osei Amaniampong (now Asokwa Area Head and Executive Council Member).

Subsequent Area Heads and District Ministers who took over from them saw to the progress of work at various stages of construction till its dedication on December 31, 2019, by the current Odorkor Area Head. Apostle Aseyoro. He was assisted by the McCarthy Down District Minister, Pastor Bernard Takyi, as well as the Area Pastorate and their wives.

Addressing the audience at the dedication service, Apostle Aseyoro lauded the past Area Heads and District Ministers for their significant contribution to the building project. He also commended the Head Office and the members of the church for their generous financial support towards the successful completion of the project.