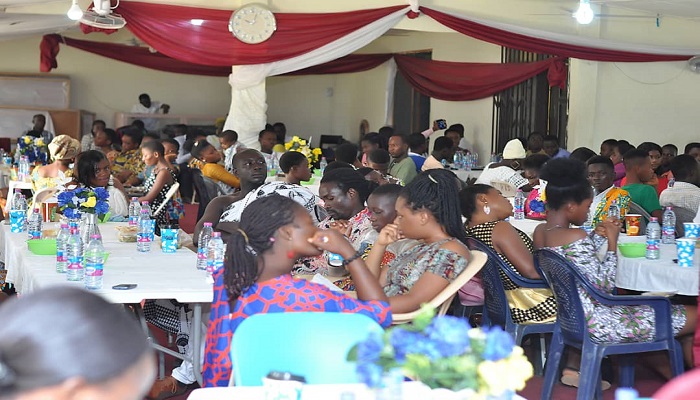 The Pentecost International Worship Centre (PIWC) at Akim Oda, on 10th March, 2019, climaxed this year’s McKeown’s Missions Week celebration with a breakfast meeting to draw more souls into the Kingdom of God.

The weeklong programme commenced with a Bible reading marathon and continued with discussions on how and why to support missions. Several donations were also made in support of the missions work. The week was characterised by evangelistic activities.

The congregation was served with a variety of breakfast meals to mark the day. Speaking on the theme, “Why do You Come to Jesus?” Deacon Emmanuel Amoah elaborated on John 6:1-14 advising Christians not to come to follow Christ for the sake of worldly gains. He explained how, according to the passage in John, the crowd followed Christ after He had fed them with loaves of bread and fish as they were expectant of more of such miracles.

He explained that God’s purpose for man through His son Christ Jesus was the salvation from darkness rather than earthly gains. He further implored the congregation to desist from perceiving Christ only as a miracle worker as the Israelites did on the wilderness. “God is more concerned with our souls than the food we will eat and clothes we wear, that is why He came down from heaven to the earth to save souls that are perishing,” he intimated.

He therefore called on all present to seek the salvation that Christ Jesus offers rather than the things of world. The speaker used the opportunity to invite the unsaved to accept Christ Jesus. Four souls were won and baptized to the glory of God.

In attendance were the Resident Minister, Pastor Kwabena Darko-Mensah, and his wife Eunice, among others.