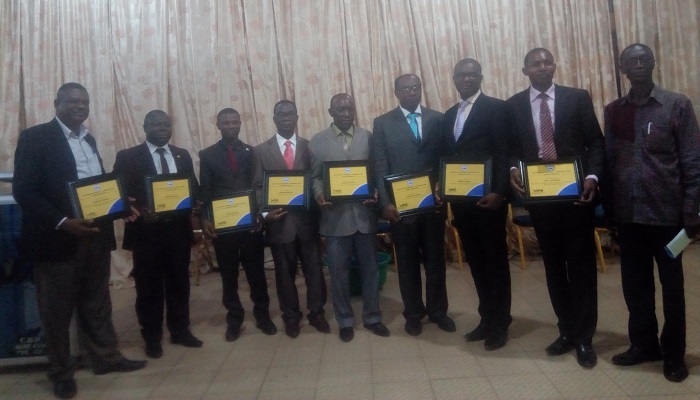 The Agormanya Area of The Church of Pentecost, led by Apostle James Gabriel Quardson, has awarded highly performed districts in the Area. The said districts were awarded with certificates of recognition during the End-of-Year Area Presbytery meeting held on February 8, 2019 at Agormanya Central church building.

In an opening remark, Apostle Quardson noted that the award was to appreciate and recognize hardworking districts as well as motivate others to continue to work hard in order to uplift the good image of the Area.

Agormanya and Akosombo Districts were awarded for being the highest quantum per capital contributors in Tithes and Missions Offering respectively.

Pastor Joseph Kweku Donkor, speaking on behalf of the ministers whose districts took the awards, thanked the Area leadership for the kind gesture and promised to continue to work hard.