A Minister Is A “Man On The Run” – Mrs. Margaret Antwi 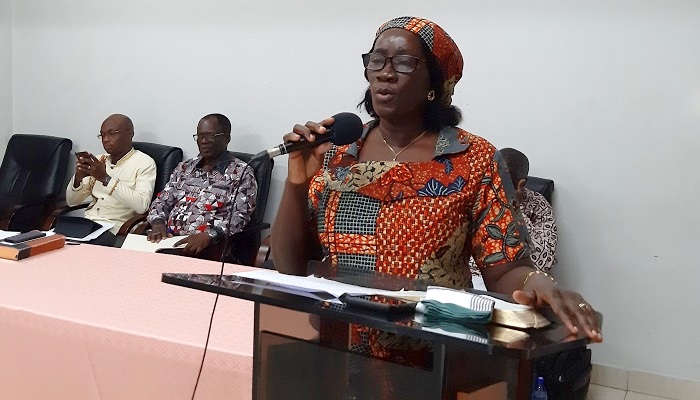 A Minister Is A “Man On The Run” – Mrs. Margaret Antwi

Mrs. Margaret Antwi, wife of Cape Coast Area Head of The Church of Pentecost, has admonished ministers to flee from behaviours and attitudes that could potentially destroy or dent their ministry.

Mrs. Antwi was speaking at a 3˗day Ministers and Wives’ retreat at the Pentecost Convention Centre (PCC), Gomoa Fetteh organized by the Cape Coast Area from the October 15 to 18, 2019.

Speaking on the topic: “Maintaining Freshness In The Body,” she called on all ministers to do away with sin because it hinders them from fulfilling the holy calling that they have received.

According to her, there is a standard set by God for all ministers and because of that, they are to be models or an example for people to follow.

Mrs. Antwi, therefore, urged ministers to sanctify themselves, be committed to the work of God and also portray good behaviour at all times.

Referring to 2Timothy 2:22 and 1Timothy 6:11, Mrs. Antwi remarked that “as a minister, you are a “man on the run.” You must run from ungodly behaviours and while running, pursue godly virtues.”

Mrs. Antwi mentioned the love of money and lust as the two main sins that could ruin their ministry. She rather urged them to pursue righteousness, godliness, faith, love and peace, among others, as Paul urge Timothy.

Mrs. Margaret Antwi ended her sermon by calling on ministers to do away with bitterness since it could affect their commitment and dedication to the work of God.

“Don’t be bitter towards your leaders, spouses, friends and colleagues in ministry because it would lead to retrogression in one’s efforts toward the work of God,” she said.

The retreat was under the theme: “Being A Vessel Prepared For Every Good Work“(2Timothy 2:20-21). The event had in attendance the Area Head, Apostle Samuel Yaw Antwi, the Area Deacon and the Area Pastorate and their wives.