A Girl’s Talisman Burnt Into Ashes 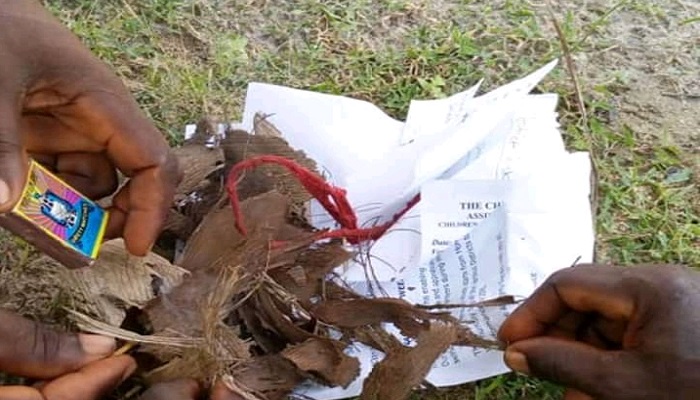 A Girl’s Talisman Burnt Into Ashes

A student of Assin Andoe D/A Basic School, near Assin Foso in the Central Region (name withheld), is grateful to God for delivering her from the powers of darkness.

The young girl, who used to have a talisman wrapped around her thigh for spiritual protection, was set free after intensive prayers by the members of the Assin Kyinso assembly of The Church of Pentecost on November 22, 2018, during their weekly prayers dubbed “Clinicals.”

She was brought to the church by Elder Emmanuel Andam, who is the headmaster of Assin Andoe D/A Basic School, where she attends school.

Narrating her story, she said that her mother wanted her to stop engaging in sporting activities in the school, but she refused because she is a talented sports girl. As a result of that, her mother sacked her from the house, and she ended up sleeping on the streets.

She later went to stay with her grandmother. Due to her high level of enthusiasm towards sports, her grandmother sent her to a deity for spiritual protection for fear of spiritual attack. According to her, she was given a magical object to wear around her thigh for protection, favour and good health.

After some intensive prayers the girl accepted Jesus Christ as her Lord and Saviour, and that led to the burning of the talisman by the elders of the church. To the glory of God, she is now enjoying life in Christ.