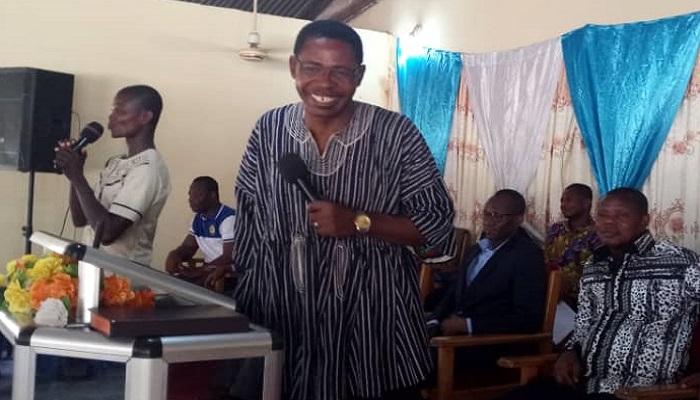 The Chaplain of Pentecost Hospital in Madina, Pastor Enoch Odame, has asserted that the day the Holy Spirit will leave the church, it will become just a social club and that will also be the end of the church.

“The life of the church is the Holy Spirit,” he stated, adding, “The local church is the hope of the world, and its future rest primarily in the hands of its leaders.”

He said this during the National Discipleship and Leadership Development Committee seminar which took place on Saturday, June 1, 2019, at Sogakope Central assembly.

He explained that leadership is key in the church, so there is the need to identify, train and develop the capacities of leaders so they can also disciple others.

He made scripture references from Matthew 16:18, Acts 19:1-11; 20:17-24 to explain the need for discipleship and also how Apostle Paul used Jesus’ model to disciple others and planted many churches.

Pastor Odame, who is also the Resident Minister of Egyir Paintsil Worship Centre at Madina, indicated that Apostle Paul enhanced his ministry by identifying the right people, trained and developed them to send the gospel to many places.

He charged the participants to go and identify people whose hearts are fertile and disciple them to also disciple others. “Look for ‘heart knowledge’ not ‘head knowledge.’ Sow yourselves in the heart of men and not in the soil,” he admonished them.

He further encouraged the participants to take much interest in the discipleship groups, because it is a way of building networks among members, where they can help themselves spiritually, physically, emotionally, mentally, socially, and every aspect of their lives.

He urged the participants to make visitation of members at home and workplace as well as intentional intercessory prayers a priority in the discipleship groups.

The Dambai Lake Side District Minister, Pastor Gabriel Owusu, also took the participants through the difference between the new converts’ class and the new members’ class.

He explained that the new members’ class is mainly for Christians from other denominations and it is purposely for orientation and assimilation, while the new convert class is to aid new believers to understand their conversion and help them to grow in Christ.

Present at the event were the wife of the Sogakope Area Head, Mrs. Grace Tetteh Juddah, ministers and their wives in the Area, all presiding elders and Bible study leaders.