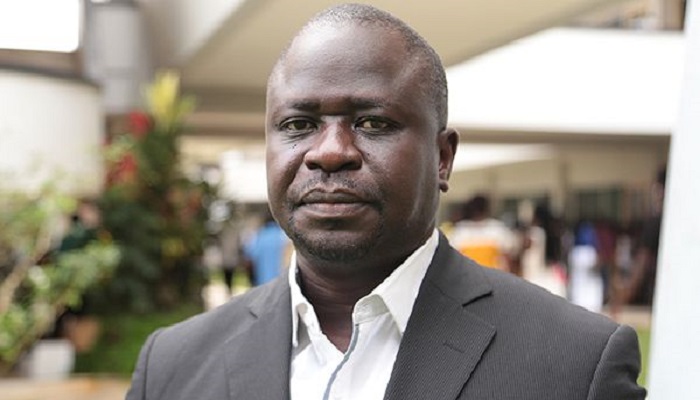 The Ghana Statistical Service (GSS) estimates that it could cost the country around GH¢500 million to conduct a National Census in 2020 to determine the number of persons living in the country and the kind of houses they reside in.

The amount is needed to resource the service, including the purchase of tablets and other equipment as well as the payment of personnel who will be deployed to undertake the exercise, the Government Statistician, Prof. Samuel Kobina Annim, told the GRAPHIC BUSINESS in an interview.

“The total budget for the Population and Housing Census is in the region of GH¢500million and around this time, we know it is very heavy for Ghana government to solely bear this cost.”

As a result, he said the GSS wanted partnerships that would see the injection of technological support to enable it to carry out the 2020 Censuses smoothly.

“We are looking for other alternatives, especially in the area of technological support, which would help us build the solutions that we need,” he said.

Known as the Population and Housing Census, Prof. Annim said next year’s exercise would be preceded by four trial census to help prepare the service adequately for the main census.

In 2010, when the most recent census was conducted, the total population was found to have been approximately 25million.

The Government Statistician, Professor Samuel Kobina Annim, explained that the GSS would make the collection of data technology-based instead of the manual entry to speed up work and improve efficiency.

In an interview, Prof Annim noted that there would be four trial censuses preceding the main 2020 PHC, and thus funding was also critical.

He added that this time, the GSS was using tablets to do the data collection, which comes with heavy information technology (IT) infrastructure cost, explaining that “so we are counting on development partners, private organisations, to help the GSS do the census.”

Ahead of 2020 Population and Housing Census, the GSS will begin its multistaged trial census on May 26, 2019, with a Trial Census Night scheduled for June 2, 2019.

The trial census is in accordance with the United Nations’ recommendations guiding the conduct of Population and Housing Censuses (PHC) worldwide.

The Ashiedu Keteke, Ledzokuku, Osu Klottey, Ayawaso West and Okaikoi sub metros all in the Greater Accra Region were also selected for the first lap of the trial head count.

He said the main source of funding for the first phase of the trial census was the Ghana government, although the GSS had received some support from the United Nations Population Fund.

“The total amount that we are using for this phase of the census is approximately GH¢2m. The government has given us money for the census in part, and part of that money will be used for the trial census and the UNPF has also given us resources to support some of the logistics,” he said.

Prof. Annim explained that the funds that the GSS had currently were woefully inadequate to help it carry out all the scheduled phases of the census.

“We need to state categorically that this is only for phase one of the trial census. We are going to do a minimum of four trial censuses and in addition to that, the funds that have been given to us should work towards the main census.”

“So what we are currently working with is nowhere sufficient in terms of the total money that we need for the census,” he said.

He added that although GH¢6million was earmarked for the project, the need to carry out more than one trial census had pushed the budget out of proportion, hence the need for new estimates.

“Now we are not in a position to give you the amount exactly we are going to use for all the trial census, simply because we are not having in-house capacity to be able to develop the IT Solutions that we need to drive the census.”

“But we are optimistic that by the end of the month (June), we should be in a position to get a good sense of how much it is going to cost us for the multiple trial census that we intend to have,” he noted.