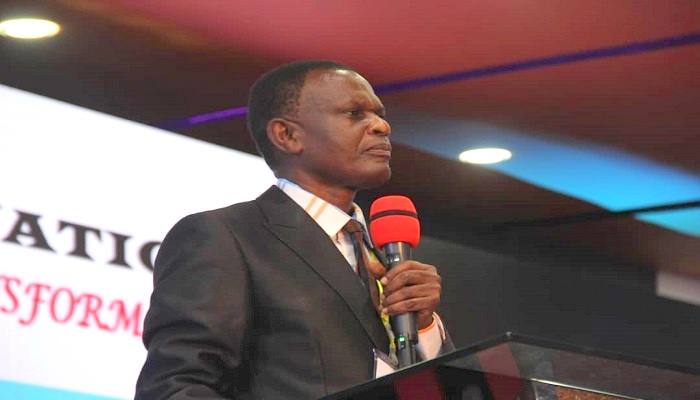 The Bolgatanga Area Head of The Church of Pentecost, Apostle Wilberforce Nkrumah-Agyeman, has charged leaders of the church to rise up and possess the nation because the destiny of the nation is in their hands.

He bemoaned that, Ghana has all the human and natural resources yet it is under developed.

Apostle Nkrumah-Agyeman was speaking on the topic, “The Mission of the Church,” during the La Area Officers’ Retreat and Apostolisation at the Dome of the Pentecost International Worship Centre (PIWC), Kokomlemle, on Wednesday, 13th February, 2019.

He noted that, the church universal has no walls or boundaries, since it is everywhere.

He pointed out that the church has a dual identity. “The mission of the church was born out of dual purpose. The church was called out of the world to belong to God, and has been commissioned to go back into the world with the gospel message about Christ,” he said, adding, “The world has to feel the impact and presence of the church in everything.”

“If the church is able to rediscover its purpose as originally given by God in the Scriptures, there will be an exciting times in the history of the church. The world must hear the testimony of a credible church,” he added.

Reading from Psalm 24: 1, Romans 8: 24, he indicated that the earth and everything thereof belongs to God. In the light of this, he urged members of the church to consecrate themselves to be recreated by God.

Apostle Nkrumah-Agyeman further touched on the differences between mission and missions. Mission, he said, has been defined in many forms such as God revealing Himself in the form of man through His Son Jesus to save the world from sin, while missions is the way and manner through which the mission of God can be achieved. “It is about evangelism and discipleship,” he said.

He said that global statistics indicates 32% for Christianity, and 68% for other worships. “This is why Christians have to fulfil the great commission by going into the world to preach the gospel to the unsaved soul.

“Once a person becomes Christian, he or she is anointed and empowered to evangelise to others to also believe and be saved.
“In Ghana, Christians are estimated to be 71.2%, which is why there is the need to make impact in their various jurisdictions such as offices, homes and most especially in the life of the unsaved which can only be achieved by loving, caring and accepting them as they are to be able to reach them with the gospel,” he stressed.

He noted that, Christ intended His church to love, care for and meet needs of humanity, whiles upholding the redemptive truth and righteousness of Jesus Christ, saying, “The gospel is relevant at all levels, both the rich and poor, young and old.”

He urged members to win the confidence of the unsaved by learning their language. He entreated leaders to lead an appropriate lifestyle worthy of their calling and contextualise the message for all to understand.