5 Occults Surrender To The Authority Of Jesus Christ

Home - News - 5 Occults Surrender To The Authority Of Jesus Christ 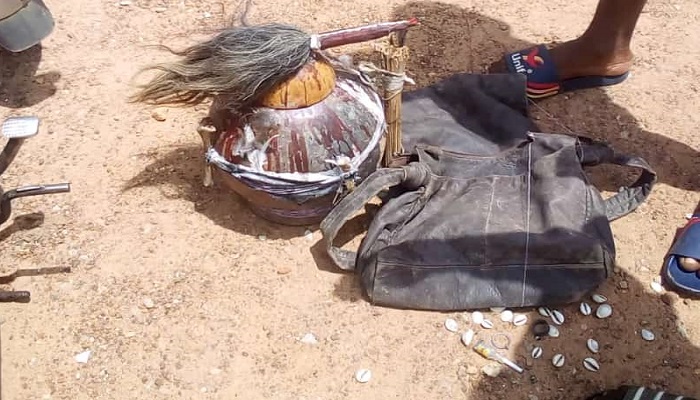 5 Occults Surrender To The Authority Of Jesus Christ

Five occultists have been arrested by the Holy Spirit and transformed at the Kambale Assembly in Kabanye District in the Wa Area of The Church of Pentecost.

The five young men whose names and ages were given as Isaac Abudi, 19; Isahid Samuel, 28; Razak, 19; Issahaku, 20 and Muesdeen, 20, gave their lives to Christ Jesus on Sunday, June 9, 2019 when they went to the church purposely to dance during church service.

The young men were passing by when two of them decided to enter the church auditorium to dance during a time of praises. The two were followed by their leader in the person of Isahid Samuel alias Allizini Black Powers, and the others followed suit.

The five were offered seats to fellowship together after which they were led to Christ by the PENSA Travelling Secretary for the Upper West Sector, Pastor Samuel Yankey, who fellowshiped with the assembly on that fateful day.

After giving their lives to Christ, the church prayed for them. They were touched by the Holy Spirit and began to manifest the demonic spirit, after which they confessed to being occultists. They went back home and returned to the church with their fetishes for deliverance. Pastor Yankey and the Presiding Elder, Prosper Grami, led the church to burn the items amidst prayers by the members.

The quintet were later in the day baptized by the District Minister, Pastor Robert Ebo Mensah, who encouraged them to continue fellowshipping with the church.

They promised to halt their occultic practices although it was their only source of livelihood at the moment. They also assured leaders of the church that they would close down the facebook and other social media accounts that aided their occultic activities.

Seven days later, the leader of the group, Isahid led four other people to the church to also give their lives to Christ.